Run It By Us First: How Diversity Can Help Companies Avoid Major Blunders

Even in 2020, after numerous social justice protests, and PR blunders, companies still don't get it. Diversity is a simple solution.
8 min read | by Kaleem Clarkson 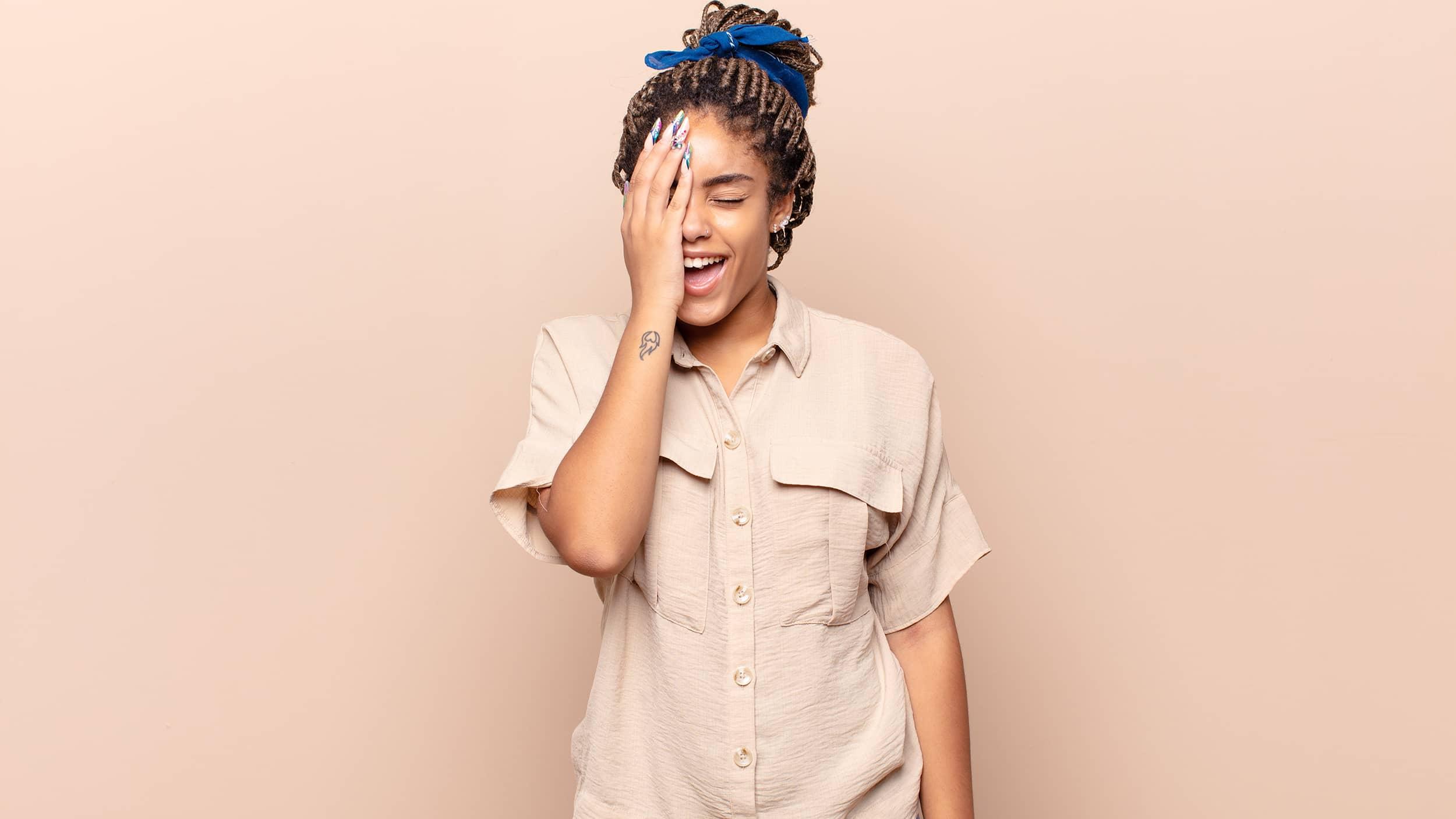 Over the last decade, we have seen numerous companies scramble to release apologetic statements to their internal and external stakeholders over a culturally insensitive message or a blundered product release, most of which could have been avoided if they all did one thing: #RunItByUsFirst. In a series of blogs titled #RunItByUsFirst, I will explore the ideas behind inclusion and diversity as a strategic advantage, creating a counseling culture by leading with empathy, and taking action through employee resource groups.

In 2016, I served as the Director of Strategic Initiatives at the Center for Excellence in Teaching and Learning at now Georgia’s second-largest university. Our center’s mission was to produce professional development programs that helped facilitate good teaching practices among faculty and, in turn, would help students achieve their learning objectives. Our organizational structure consisted of tenured faculty directors and master’s-level instructional designers who all served in a consultative capacity with other faculty members, so there was a very high level of intellect.

Over the years, our group became very close professionally and personally. One of the contributing factors to our close connections was that early on we accidentally created a tradition of eating lunch together every day. We were very fortunate that our office was a converted house so we were able to utilize our casual living room space. The conversations varied from family Thanksgiving with marshmallows and green jello to what's happening in pop culture.

That year, the first of many company blunders started off with a Sprint commercial that featured a focus group led by CEO Marcelo Claure. The idea behind the commercial was to present real people talking about what they think of a competing wireless carrier. The idea wasn’t anything new but we enjoy these types of commercials because it offers an authentic view from real people. But when keeping it real goes wrong, it can really go wrong.

The CEO asks the focus group, “When I say T-Mobile to you, what do you think of, just a couple of words?” An innocent question, but it's the focus group member’s answer that makes you cringe and raise your eyebrows. She answers, “Oh my God, the first word that comes to my head is ghetto, that sounds terrible.” My colleagues and I  were eating while huddling around a laptop, and we couldn’t help but burst out laughing. You know the type of uncomfortable laughter that comes from pure shock as if you were at a Dave Chappelle comedy show. When you add a white girl to the picture saying “ghetto,” you can’t help but think what her underlying definition of ghetto really meant to her.

Don’t they have a team that they show commercials to first? Maybe we should create our own group and call it #RunItByUsFirst.” And there you have it. #RunItByUsFirst was born.

After we rewound and watched a few times, the feeling became more disappointing and we were not the only ones. In fact, if you look closely at the commercial, you can even notice the only person of color puts his head down in disbelief. Eventually, someone in our group said, “This is a perfect example of the business case for diversity. Don’t they have a team that they show commercials to first? Maybe we should create our own group and call it #RunItByUsFirst.” And there you have it. #RunItByUsFirst was born.

In 2017, another embarrassing marketing blunder happened, but this time it wasn’t a commercial that could be easily taken down, but the release of a newly designed cereal box from Kellogg’s Corn Pops. The concept behind this new design was to show the diversity of the different Corn Pops people. It was a novel idea that had great intentions, but they did not consider what the ad may convey to others when looking at it from a different perspective.

Unfortunately for Kellogg’s, the box was distributed to grocery stores and it wasn’t until one of their customers noticed their child reading the box intensely while eating their morning Corn Pops and posted it on Twitter saying, “Hey, why is literally the only brown Corn Pop on the whole cereal box the janitor? This is teaching kids racism.”

Kellogg is committed to diversity & inclusion. We did not intend to offend – we apologize. The artwork is updated & will be in stores soon.

“Hey, why is literally the only brown Corn Pop on the whole cereal box the janitor? This is teaching kids racism.”

In their attempt to include all facets of people and cultures, most of their Corn Pops people are the yellow color of the cereal but when you look really close, you can see minor differences in the details and characteristics of other Corn Pops. The first and most obvious blunder is the only brown Corn Pops person is sweeping up as a janitor. No disrespect to all of our sanitation workers out there, but this depiction could reinforce a stereotype of a job that only brown people do.

But that was not the only blunder on the same cereal box. The theme on the box is that there are a bunch of Corn Pops ninjas doing different things, paying a little homage to martial arts. Near the top of the box next to the pop shop, you will notice two Corn Pops that have cameras, flip-flops, large glasses and maps in their shirt pockets, once again reinforcing the stereotype of what Asian tourists look like.

“Oh my gosh, how could anybody have let that box go to production? Do you know what they should’ve done? They should have called us to #RunItByUsFirst,” one of my colleagues shouted. Kellogg’s issued a public apology but it was too late, as thousands of people had seen this on social media and many major news outlets covered the story. Not only was the organization publicly embarrassed, they had to absorb even more costs to redesign the box. Ooops!

As I am writing this article, even in 2020, with all the attention around social justice and corporate social responsibilities, we are still seeing embarrassing but avoidable blunders, which continues to provide valid case studies for why organizations should make inclusion and diversity part of their strategic plans.

This past May, Volkswagen had to apologize for a commercial that ended up having layers of racism embedded into it. The first and most obvious example shows an oversized white hand moving a black man away from their newest Volkswagen and onto the sidewalk. But then proceeds to flick away this man into a real cafe in Buenos Aires, named Petit Colon, which translates to little settler or little plantation owner. Not Volkswagen’s first time, but they had to yet again pull the ad from Instagram and issue the typical apology.

As women physicians in 2020, we still struggle to be taken seriously compared to our male counterparts, as we battle stereotypes like THIS EXACT ONE. We expect the brands we support to reflect the badasses we are. @wearfigs - women physicians are disappointed in you. Do better. pic.twitter.com/KXEQNAZJzs

Just a couple of months ago, Wear Figs, a woman-owned company that provides medical scrubs, put out an ad for their pink scrubs clothing line that depicted a younger woman reading a book upside down titled “Medical Treatment for Dummies.” This resulted in a social media backlash of thousands of people, including doctors who were appalled. Wear Figs pulled the ad and had to issue an apology.

The idea of #RunItByUsFirst started off as a joke while eating lunch with my colleagues, but as the world has become more connected it is crucial to avoid these embarrassing blunders that can negatively impact a company's reputation. Stay tuned for the next three articles to understand how #RunItByUsFirst can provide strategic business advantages while having a significant influence on your internal stakeholders by listening with empathy and then by taking action with employee resource groups.

5 Steps to Build Social Connections in the Workplace

Good Manager, Bad Manager. Which Are You?

How to Help Your Business Survive The Great Resignation

If I Can’t Monitor My Remote Employees, They Must Not be Working

Run It By Us First: Inclusion and Diversity as Strategic Advantages

Why Culture Add? It’s all about Diversity.

Collapse in Atlanta…Ramp Up Telework

How Important Is Fit?

Complete the assessment in just 5-7 minutes and we will send the score directly to your inbox.

Your Remote Work Experts Since 2013

We’re proud to be among the top voices in the industry.

Lets Explore the Employee Experience Together. Join Our Newsletter.